Bancassurance is an insurance company in Lebanon, founded by two major Lebanese banks Fransabank and Banque Libano-Française in partnership with the French group Crédit Agricole. The Company specializes in providing life insurance solutions through its owning banks; hence the name “Bancassurance”.

BLC bank became a shareholder in Bancassurance along with Fransabank and Banque Libano-Française in 2013. After the launching of the Company, more than 10 years ago, Bancassurance has recorded significant return on equity ROE.

In July 2016, Mr Pierre Sebaalani was designated as the new CEO of the Company. 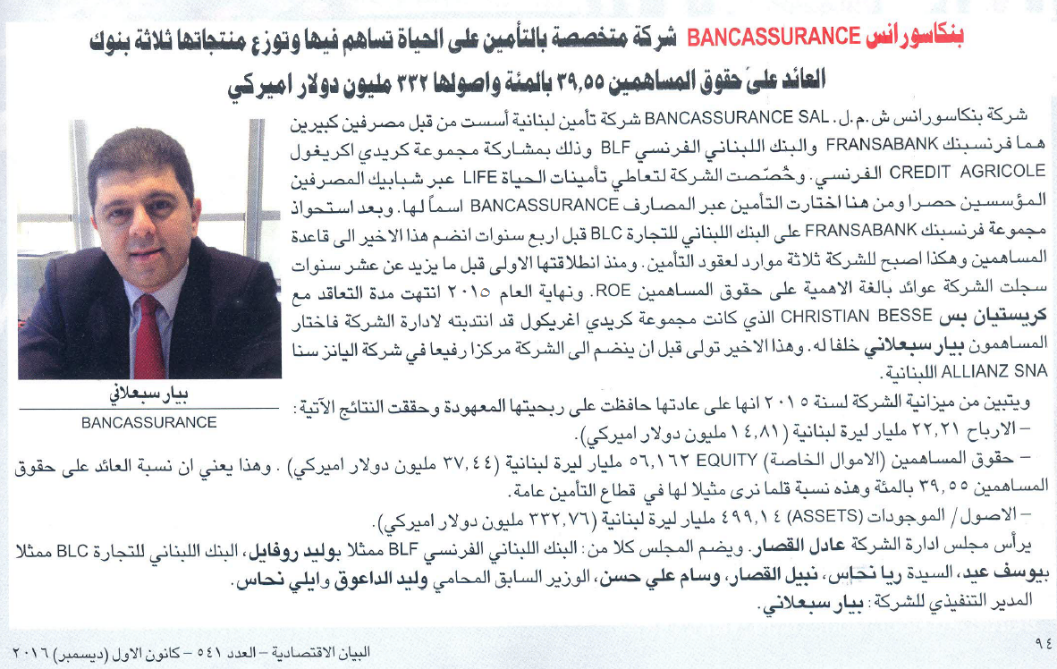