The Life insurance industry plays a major role in the Lebanese economy; noting that the Total life premiums generated in 2017 was US$520.88 million, compared to $499.18 million in 2016.

BANCASSURANCE was ranked First bank insurer and second life insurer in terms of Life Insurance in the Lebanese market in 2017.

The top five life insurers in Lebanon accounted for 64.7% of the market in 2017 out of which Bancassurance share was 15.1%. 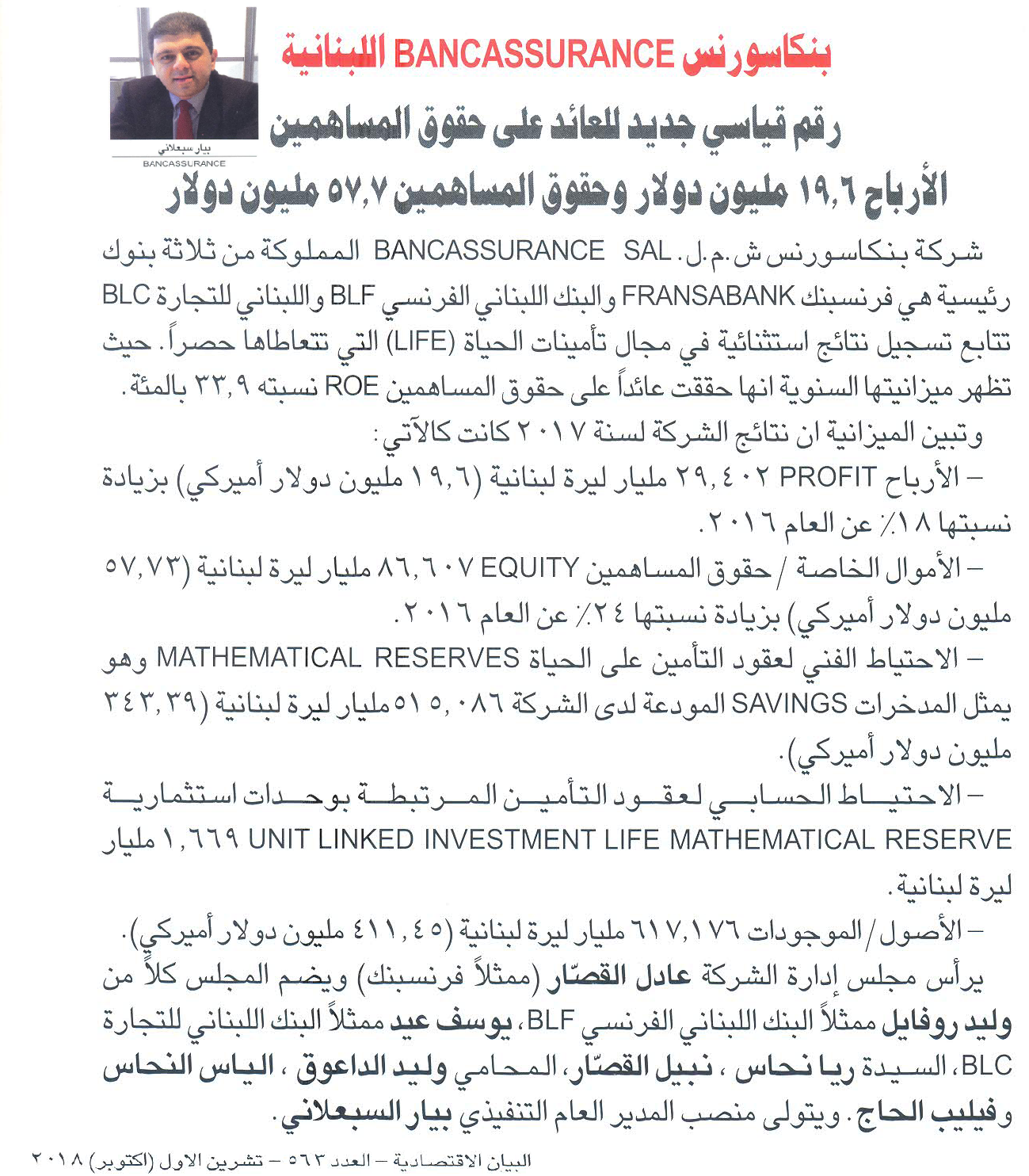